Sometimes I think my week is going to be filled with smoothies so I buy a great big bunch of bananas. Then, as the week goes on I make about one smoothie and am left with a lot of not-so-great bananas.

I love banana bread but sometimes I’m looking for something a little different to do with my bananas. So, this cake was created. My goal was a fluffy banana cake with a creamy frosting. I went back and forth between the nutella but decided it was a good choice.

The batter mixes up really quickly. You can mash the bananas with a fork or a mixer depending on how big you want your pieces of banana. I wanted them to be almost non-existent in texture so I beat them together first.

From there comes to nutella swirl buttercream. Its really good and it shouldn’t just be limited to this cake recipe. I often dollop it on chocolate cupcakes. You could even swirl some peanut butter in there as well. 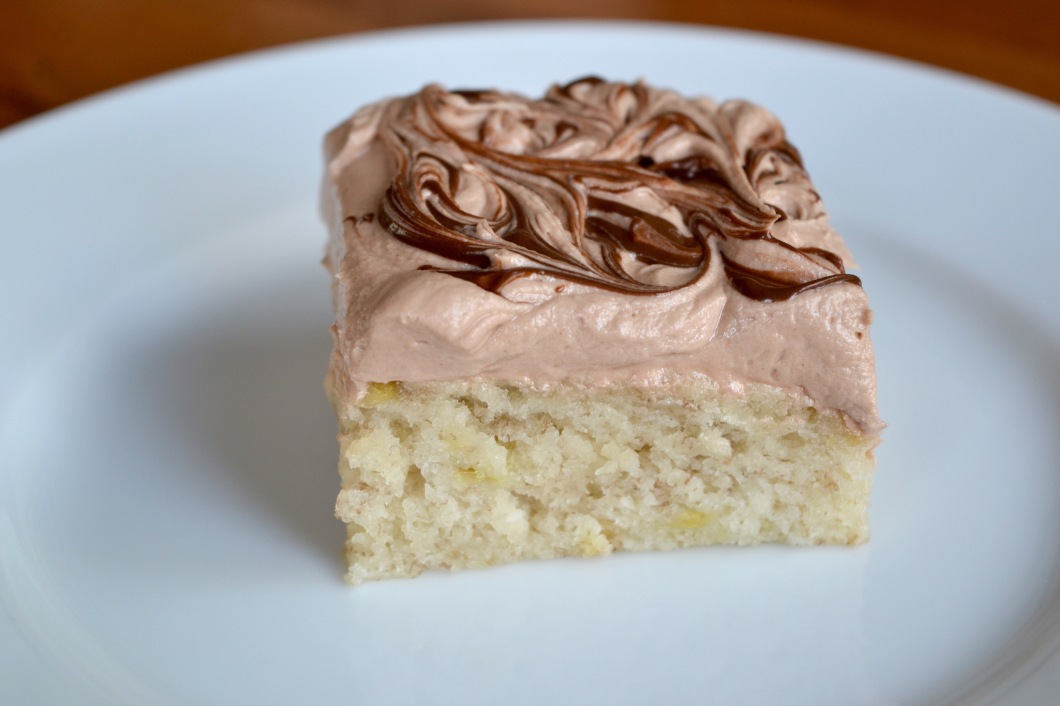 So, its not quite a smoothie but whatever.

For the Banana Cake